Stop the Shaming is an advocacy group seeking to establish comprehensive sexuality education as mainstream throughout New York state. In an age when children have unprecedented access to sexual content on the internet, 98% of people self-profess to pre-martial sex and studies conclusively show that comprehensive sex ed is effective in preventing unwanted pregnancy and sexually transmitted infections, many schools are failing to provide critical, potentially life-saving and life-changing information to our students. Stop the Shaming aims to eliminate the use of religious-based, ineffective, damaging, shame-based abstinence-only education in public schools, and insist that age-appropriate comprehensive sex education be provided in its place, by providing advocacy to educators, parents and students looking to break the culturally long-standing taboo of discussing sex.  DIRECTORS

THE SPARK
When Gina Tonello, Baldwinsville, NY parent, discovered her daughter had been taught a shaming sex-ed lesson in her public high school health class by a pro-life, religious-based crisis pregnancy center, she spoke out and launched the Stop the Shaming website. A local newspaper ran her story and she was contacted by many supporters, including Caitlin Coulombe, who was fighting a similar battle. Together, they have begun the work of helping other local parents rid their schools of New Hope Family Services and Care Net, the crisis pregnancy centers presenting these abstinence-based lessons.

Listen below to audio recorded in Tonello’s daughter’s classroom in November 2017. Unqualified church volunteers teach teens that the religious-based virtue of virginity is a “gift” you save your whole life and once given away, is equivalent to a chewed piece of gum. Hear more of the lessons given to Baldwinsville students.

Joins SEPAC: Stop the Shaming was chosen from a large pool of applicants to become a founding member of the State Sex Education Policy Action Council (SEPAC), lead by the Sexuality Information and Education Council of the United Sates (SIECUS). SEPAC is a network of over 30 state and local advocates committed and actively working to advance comprehensive sex education policy across the country.

Albany, N.Y.: STS Advocates Gina Tonello and Alyssa Burmeister lobbied with the National Institute for Reproductive Health (NIRH) for its NYS Day of Action in Albany on Tuesday, June 11. Comprehensive Sex Ed was at the top of the NIRH agenda, as they are currently spearheading the creation of a Comprehensive Sex Ed bill to be presented to Congress in the next session. Tonello is also working on the committees for the creation and marketing of the bill.

Washington, D.C., Stop the Shaming (STS) Director, Gina Tonello, was invited to be a panelist on Capitol Hill, Monday, June 10 to educate policymakers that the new federal Sexual Risk Avoidance (SRA) program is actually still abstinence-only education. The congressional briefing was the launch of a new anti-abstinence campaign, “SRA Is Abstinence Only,” created by Advocates for Youth and SIECUS and sponsored by Healthy Teen Network and Planned Parenthood. #SRAisAbstinenceOnly 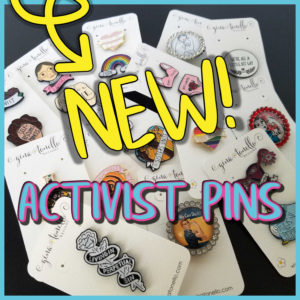 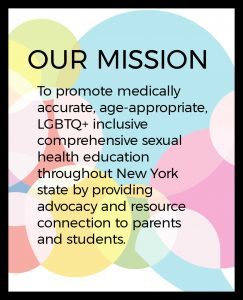